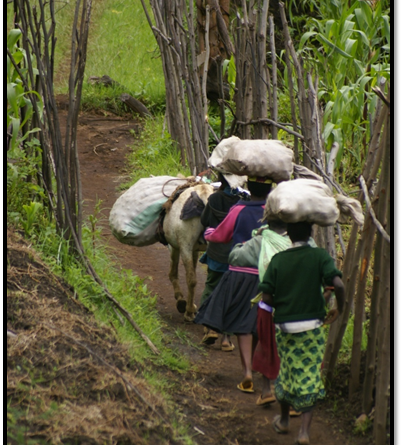 WOMEN in the informal sector want to get training on building group dynamics; advocacy; human rights; and basic legal literacy; which would give them the skills to lobby for a gender progressive National Loans Policy.

They hope this would be a Regulatory Mechanism for women to get access to soft loans which would take into account the fact that most women do not have collaterals in order to make them “Loan Worthy”.

They want assistance from Gender and Economic Justice CSOs and trade unions during crisis for example when there are threats to the Banda of Mama Lishe or when women who do business in the informal sector get displaced by Municipal Authorities.

They do not want to get alienated from the mainstream business sector- their presence and initiatives need to be affirmed and
respected.

They want to get support in their quest for a gender progressive national loans Act, although most of the women in the informal sector believe it is just a pipe dream.

They want to undertake awareness raising initiatives and to learn peer education in order to conduct awareness among the PLHIV community on HIV treatment and care and STI prevention because it is their Right to get information; care; and treatment.

They want skills building on ways to cope with violent clients- this, in the context of women food vendors who often get sexually harassed; verbally abused; and, physically abused; in the course of their work. They believe it is unfair; discriminatory; and most stressful; when they have to confront such behavior from some of their male clients who buy food from them.

Also, sex workers want to get alternative skills as exit portals to get away from sex work in order to engage in other income generation initiatives.

Women in the informal sector want assistance and skills in dealing with official matters like obtaining letters from Local Government Authorities (LGAs), to be able to open bank accounts; to be able to get housing without hassle from bigoted landlords; to get their children registered in schools because some of them are single parents who tend to undergo discrimination in the process of registering their children in school.

They want to learn skills in saving their earnings and skills in planning for retirement because women in the informal sector- small scale business women and farmers do not have pension schemes.

They want positive images in the media, of small scale business women and of women in the agricultural sector as hardworking; voting citizens; who should not be treated as second class citizens, and often, as invisible citizens.

They want to get protection for the land they own which could be appropriated by municipalities for foreign investors.
They want to get affirmation that they exist, that they have rights like other citizens including the right to respect because there is a prevailing culture in our communities to despise low income or poor peoples, especially poor women.
They want to operate without discrimination or harassment from Village or Local Government Authorities.

They want access to training on business administration; book keeping; marketing; modern agricultural techniques; women friendly saving schemes; and most of all, they want minimal interest loans.
They want to have a say, and to own the processes that are being mapped with respect to poverty reduction.
They want access to the Members of Parliament of their areas and to be given a hearing by their parliamentary representatives, who often avoid women who call on them for help and support (Source: TFMB/ 2008 and PAR/2010/TGNP).

“Poverty is an unacceptable human condition. It is not immutable.
Public Policy and Action can, and must, eliminate poverty.
This is what development is all about!”
(Source: Asian Development Bank Position Paper on Poverty Reduction).

In the past, economic institutions and economy analysts relied heavily on income levels as the basis to measure poverty.

However, there is now universal agreement that dimensions of poverty far transcend this traditional definition.

In the current overview, poverty is a deprivation of essential assets and opportunities to which every human is entitled. (Source: Evan Carmichael- Social Discussions on Poverty Reduction, ILO).

Everyone should have access to basic education and primary health services.

Poor households have the right to sustain themselves by their labor and be reasonably rewarded, as well as having some protection from external shocks. (Source: The Beijing Platform of Action for Economic Justice)

Beyond income and basic services, individuals and societies are also poor—and tend to remain so—if they are not empowered to participate in making the decisions that shape their lives. Poverty is thus better measured in terms of basic education; health care; nutrition; breaking free of Gender Based Violence; water and sanitation; as well as income, employment, and wages.

Such measures must also serve as a proxy for other important intangibles such as feelings of powerlessness and lack of freedom to participate. (Source: Marjorie Mbilinyi while analyzing the Marginalization of Women in Economic Justice/TFMB/TGNP Meeting, 2009).

In practice, the most broadly used standard for measuring poverty will continue to be the adequate consumption of food and other essentials.

This yardstick (the poverty line) varies from country to country, depending on income and cultural values.

While national measurements are essential for measuring the impact of efforts to reduce poverty, the priority should be on ‘Eradication of absolute poverty in the Tanzanian context’ with international comparison also being necessary.

The poor are not a homogenous group. Just as the nature of poverty is diverse, so, too, are its causes and victims.

The poor may not have acquired essential assets because they live in a remote or resource poor area; or because they are vulnerable on account of age, health, living environment, or occupation.

At a broader level, poverty may stem from situations where gross inequality of assets persists because of vested interests and entrenched power structures. Finally, essential assets may not be available to the poor because of the lack of political will; inadequate governance; and inappropriate public Policies and Programs. (Source: TFMB/TGNP2008).

The primary responsibility for finding solutions to poverty lies with countries themselves, but success will depend on the united efforts of government and civil society, and on strong and sustained support to the community.

For all stakeholders, the strategies chosen to reduce poverty must be comprehensive enough to address all of its many causes. (Source: ADB POVERTY POLICY).

There is often conflict while addressing Poverty Eradication. The conflict can be between the body politic and the governance; conflict with multinationals; conflict with oppressive economic structures like Policy and Legislation and often, conflict with Patriarchy. (Source: EJC/TGNP Meeting, 27/5/2011).

Note: Poverty can be defined as deprivation from resources (physical, economic, social, etc.), which are needed to achieve a sustainable livelihood.

Poverty is recognized to be multi-dimensional in its causes and manifestations, “including lack of income and productive resources sufficient to ensure a sustainable livelihood; hunger and malnutrition; ill health; limited or lack of access to education and other basic services; increasing morbidity and mortality from illness; homelessness and inadequate housing; unsafe environments; and social discrimination and exclusion…lack of participation in decision-making and civil, social and cultural life” (Source: Social Dialogue on Poverty Reduction; Evan Carmichael/ILO, 2007).

More importantly, many of the other aspects of poverty (e.g. health; education; environment; and political involvement; of all citizens is grouped among the multi faceted implications of poverty.