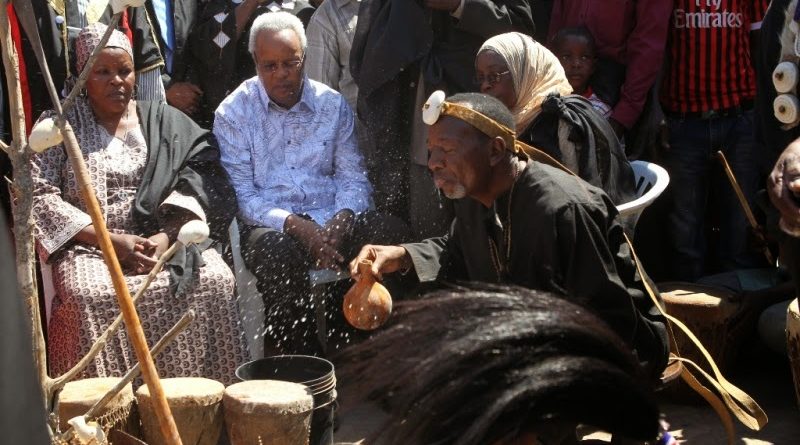 WHEN TWO HUNDRED people assumed to be witches and warlocks were arrested three months ago and charged with witch craft practice in Tanzania, we watched askance and wondered how the prosecutors would be able to prove in court that the 200 detainees were really, and beyond reasonable doubt, practicing witchcraft.
This follows reports of the disappearance of three albino people who are presumed to have been abducted, mutilated by witches and warlocks, and their body parts used in witchcraft ritual.

The grisly practice of abducting people with albinism and then mutilating them to get their body parts is said to be done by Tanzanian witches and warlocks for ‘clients’ who pay large amounts of money to the witches and warlocks, who, it is said, use albino people’s body parts in order to cast spells so that the clients would get wealth, power and public recognition.

So far, no one has witnessed a Tanzanian witch or warlock using albino body parts while casting the spells. Of course, the practice of witch craft would not be done in public. Hexing or casting spells requires secrecy. It also requires a a team of people to accomplish the task.
From identifying the albino person, to the abduction, to the mutilation, to the part of casting magic spells by the witches and warlocks, to the clients’ participation in the ritual of casting spells. This would require at least seven people to be able to be implemented. Implemented is really not the right word. Maybe participate in the witch craft ritual would be the correct way of saying it?
How would such a team operate? They must have cars at their disposal, and also places to hide the albino people after they get abducted. They would also need some sort of cooperation from family members of the abducted albino. Moreover, they probably also have a network which involves law enforcers who would make a perfunctory check of a ‘package’ after money passes hands and they would turn a deaf ear to the cries from the abducted albino who it is said is put in a gunny sack and carried away like a lamb to the slaughter.

How does one recognize a witch or a warlock? Is it from the way they dress? No, that cannot be because if witches and warlocks were to be recognized from their garb, then a lot of people in Tanzania could be termed to be witches or warlocks.
Those Tanzanians who keep dread locks, those who wear beads and animal horn arm bands, clothes which are very ethnic and who often speak in a patois which is not exactly Kiswahili, but a mixture of ethnic languages and Kiswahili, and on the coast, some Arabic, could fit the description to the nth.

With such indicators, I could point ‘the bone’ at a myriad of people who dress, speak and act exactly in the way I described. Hell! It could even be my grand uncle Mzee Mgaya who conforms to traditional religious practice, goes into the forest on certain days of the month, clad in a kaniki, the traditional indigo cloth sacred to African people, wearing his wreath of beads made from antlers’ horns around his neck and mutters his traditional mantras in Kibondei.
Truth is, Babu Mgaya is the most gentle of people and wouldn’t harm a fly. He just ‘speaks’ to the spirits of his ancestors so that they would intercede on his behalf and on behalf of the people of his village with the Great Mkulu Mungu, to shower rain for plentiful crops, to bless them with peace and harmony.

In 1928, the British Colonial Administration enacted the Witchcraft Ordinance, 1928. Was the passage of the legislation one way of curbing nationalist uprising and the call for independence? Because conclaves of independence activists could easily get arrested on charges of witch craft practice and clapped behind bars, this, to stop the seeds of nationalism from sprouting.
Could it be the Witchcraft Ordinance was enacted to ‘protect’ people from being hexed?
Or could it be the colonial administration wanted control of the minds of the populace by indoctrinating them against traditional practice?
Religious leaders supported this move by calling all traditional forms of worship and that of honoring our ancestors as savage and the work of the devil. Who the devil is, taking into account the canning of indigenous people for minor Offenses is a question that needs to be addressed in the context of power and control.
We have become a nation which is ashamed of traditional healing, associating it with the devil’s work and with savagery. When we get vaccinated for yellow fever and the vaccine leaves a scar, we wear the scar like a badge of valor, and show it off because we want to tell our peers that we have had the yellow fever jab.
Yet, when a person gets vaccinated in traditional healing, mind you, both forms of vaccine are called ‘Chanjo’, we hide the strips of scars because we feel ashamed of having undergone traditional healing. We have really been taken hostage by modernity and by structured religions which denigrate all forms of traditional rituals as ushirikina and going against what God has ordained.
Mind you, if my great, great grand mother were to suddenly rise from her grave, she would say we have become a nation of witches and warlocks. What with mobile phones, the Internet, live television and radio coverage of events and the walking and talking and gesticulating people on celluloid. Oh! My God! She, would call such things the work of the devil and would even chant her mantras “thuuu nangamshii, nangamshii, mie naghamba, setani aite, naghamba mazini yaite….” to cast off the demons of modernity.
Albino mutilation and albino people killing is a crime. It takes away the limbs and often the lives of people with albinism. It makes albino people live in fear. It gets them ostracized and discriminated. But would our ancestors have mutilated or killed albino to get wealth, power and public recognition?
I would say ‘No’. They, our ancestors would have protected albino and one way of protecting them would have been to declare them special people, and their being whole and alive would bring us good fortune.
Why has the mutilation/killing of albino started only in the last ten years? Prior to that, we had never heard of such practice. Could it be an imported practice say from neighboring countries like the DRC where it is said witchcraft practice with the use of albino limbs or heart or private parts started?
Are the clients of witches and warlocks Tanzanian? Or are the limbs of albino people exported to neighboring countries for use in witch craft practice? If they are Tanzanian, then we have reached the pit of iniquity. We have sunk to a space where it would be difficult to find our way out of the labyrinth of evil and cruelty.
After all, in over three years, more than 300 elderly women have been killed or maimed after being accused of witch craft practice.
What does this prove?
It proves that the Witchcraft Ordinance of 1928 which lends credence to witch craft should be repealed.
It proves that there is an urgent need to understand and differentiate traditional healing from the claims by charlatans who call themselves traditional healers and would mumble the mumbo jumbo and add the limb of an albino for effect in order to fleece insecure people who are desperate for wealth, power and public adulation, who would go to any lengths to get to positions they want even if it means destroying the lives of albino people.

It proves that we have lost our traditions and instead, there are those among us who would call a Traditional Birth Attendant a dirty hag when there was a time they were respected and had high status in society.
Most of all, it proves that the greed for wealth, power and public adulation would make some of us use albino limbs as a crutch to prop our flagging egos so that when we stand on public platforms, some of us fiddle with the bone of an albino limb hidden in our pockets, with the utter faith that the bone would make us come across as powerful and full of charisma.
It is all about Faith. The same faith that comes from ‘believing’.
The adage that faith can move mountains is true even in the practice of fiddling with an albino person’s bone while we stand on podiums.
As a nation, we should build a culture of respecting lives. This can only be done with the cooperation of traditional healers.
Arresting 200 so called witches and warlocks just make us look like a nation which speaks in tongues! 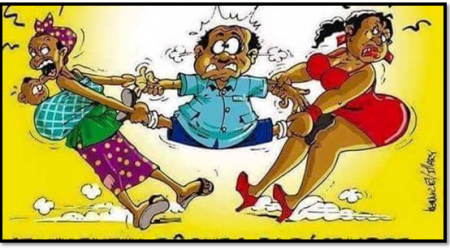 THERE IS NOTHING women dread most than to hear their husbands... read more