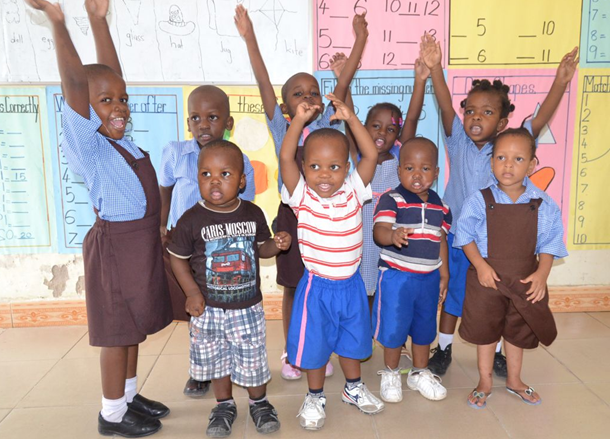 Childcare has been invariably defined as a process which requires proper manipulation of the child’s environment and needs before birth, early childhood, pre-school age, school-age and teenage. This is essential for the physical, mental, psychological and social development of the child.

It is a dynamic process of physical, emotional, intellectual and social growth and maturation of a child. The process is influenced by childcare services, social and economical status of the family, cultural patterns and access to basic services like health, water, education, nutrition etc.

The problem of childcare is a pressing one since most employers do not provide childcare services despite the fact that various government directives have been passed to oblige employers to open Day Care Centers at work places.

Traditionally the mother, assisted by the extended family, is responsible for childcare. However, economic; political; and social; changes have had a negative impact on the traditional childcare system.

As an alternative, therefore, parents are forced to employ domestic servants (house helpers preferably girls) to look after children while they are at work. Most of these girls are young, unskilled and semi-educated rural girls who immigrate to towns and are ready to accept any available job they come across. Because of their disadvantaged positions they usually enter oral contracts which are dubious.

There is ample evidence that another alternative arrangement sought through the Day care centre program initiated by the social Welfare Department has not been very effective in solving problems of childcare.

There are few centers in the country and most of them leave a lot to be desired in terms of efficiency. Most serious of all they cater for a few hours in a day and close at very inconvenient times for working mothers.

Children that are a cause of constant headache to working mothers are babies below the age of one and a half who have no room in day care centers under the present arrangement. This is a big anomaly which has to be addressed by the entire nation, if women’s reproductive rights are to be adhered to!

Moreover, most day care centers lack the necessary facilities needed to meet national standards, and employers for their own reasons, are reluctant to invest in childcare which could otherwise help them minimize operational costs.

What should be borne in mind is that the child belongs to both the parents and the nation. It is therefore very important that in order to ensure that infants and children grow up with love and affection and protected from danger and diseases, both the parents and the nation must shoulder the responsibility, failure of which high infant mortality rate and subsequent rise in delinquency, and drug abuse would be the order of the day.

It is also vital to be objective and realistic. Making sure children are looked after all day long can be a problem especially for working women who have to grapple with a horde of social or economic problems. Think of women who have delivered a more than three children.

I shall demonstrate some examples of obstacles facing women who have to solve the problem of childcare alone:

One day I talked to Pendo, a friend of mine and she told me this:” I leave home at 6 a.m. to catch the bus to work. I get home at 7 p.m.   In between these hours I worry all the time about my children. I worry about them on the roads; I worry about them when they are sick. I work in order to meet the needs of my children because my husband does not earn enough. I earn TZS 500,000 per month”.

Why should childcare be a problem for the mother alone? Should we allow a mother to cut off her hand by a machine at work because her mind is at home thinking about her children? The problem of childcare is for both parents – mother and father, all the workers in a factory and the society at large.

Action has got to be taken

One woman will tell you “I worry about my children all day. I know the house maid doesn’t give them the food I leave for them”.

Another woman will say “I worry because I don’t know what goes on at my aunt’s house. My child is too young to talk. So she can’t tell me. But she doesn’t look happy”.

Another will say “I leave my children alone locked in the house. I worry sick about them but what else can I do? I need to work to feed them, and I work on a shift basis. One day I found the youngest seriously burnt”.

It has also been noted that some house maids mistreat children and cases have been known whereby bruises have been spotted on children who are scared to report to their parents. If should be noted that women are just too busy to find out what happens to the children.

What are urgently required are deliberate moves to improve childcare support services in the country, for this seems to be the only solution to current problems facing working women.

The services can be either indirect such as health and education or direct like nursery schools, Day Care Centers; adult monitored play grounds; and youth centers.

Day care centers have a long history in Tanzania having been first established in the early fifties. In 1967 the government initiated a Day Care Program under the Ministry of Health and Social Welfare when it was assumed that children would get supplementary feeding and pre-school orientation.

However, some problems occurred in the execution of the program. These include:

In 1981 the Day Care Center Act was enacted. However, the set standards of the Act were too unfavorable to many individual institutions leading to a decrease in the number of Day Care Centers.

Moreover, the Day Care Centers Program was supported by external agencies like UNICEF, THE CATHOLIC RELIEF FUND and CARITAS as a result of which the program could not be sustained when the financial support ended. The problem was that the community had not been

Given civic education and mobilization sufficiently, to undertake childcare related activities on a self reliant basis.

A classification was given on the contribution by non-governmental organizations and the government. The Ministry of Health for instance has a long term plan of establishing model Daycare Centers designed to accommodate o – 2 year old while the Department of Social Welfare has a duty to direct the establishment of alternative programs, feeding posts and so on.

This scenario has led to the failure of the childcare program thus creating unfavorable working conditions for women seeking to supplement the family income.

There is urgent need to revive the programs in order to replace the disappearance of the extended family which played part in childcare and to check the rising number of single parents and the increase in juvenile delinquency.

It is therefore of vital importance that the revival of support services be thoroughly analyzed to see how the services will benefit women, and children and enhance productivity.

Because of frustration many mothers choose to give up their jobs but later find that being at home with small children exhausts them more and makes them lonely, besides missing out on the additional income which is necessary for a more comfortable life.

One government survey shows that 35 percent of women at home with young children would like to return to work earlier if they could made adequate arrangements for childcare. And there is plenty of evidence that young children benefit from going to nursery school.

A recent study showed that:

Problems notwithstanding, there is room for improvement.

Improvements in the care of infants could ensure that proper Day Care Centers are provided with adequate facilities and within reasonable distance.

There is also urgent need to revise the Day care Centre Act of 1981 to cater for children in age group from 0 – 6 years, and to prolong feeding hours for working mothers.

As for the care of young children, there is need to establish adequate Day Care Centers with properly trained personnel and well equipped with education and playing materials.

Through collective responsibility, employers should ensure that the Dar Care Centers provide a balanced diet to the children. Moreover, the Centers should be set up either within the work places or near their places of habitation.

For the needed improvements to have impact, employers should provide recreation facilities for the youth, child labor must be eliminated, family life education should be taught at home and school and Conventions of the Rights of the Child must be adopted,

Men also do lose out on family life because they are under a lot of pressure as the ‘breadwinner’ to bring home as much money as possible – often doing shift work or overtime to boost the pay packet.

How do we change this?

It is usually women at present who take time-off work for family ‘crises’ – when the children are ill or childcare arrangements have broken down, or a relative needs looking after. (And because of this they are often called ‘unreliable’ workers by employers).

Nursery Schools are vital for working parents. We need to defend the existing ones and campaign for new ones. Some institutions have managed to negotiate employee-subsidized nurseries, for the children of male and female staff. And of course, the problems don’t stop for working parents when the children start school. Care in after school hours and school holidays can be a nightmare.

Present social benefit arrangements discriminate against working parents who adopt non-conventional ways of combining work and family say by men looking after the children while women go out to work. We need to campaign to end this discrimination.

Many men and women still think of domestic work and child care as “Women’s Work’. Men may help out – but that is all.

Should be combined together for an expectant mother

Mother or father should be able to take 6 months leave after birth of a child. Why should fathers lose out on the experience of watching their baby develop day-by-day? We need to challenge the idea that women are somehow ‘naturally’ suited to looking after young children.

Who should pay for Childcare?

The employers benefit from the work of all employees/workers. They make profit.

Workers are paid just enough to keep alive and continue working. We should all demand that employers and the government do something about the care of children of working parents.

Violence against women both domestic and sexual and discrimination at work... read more