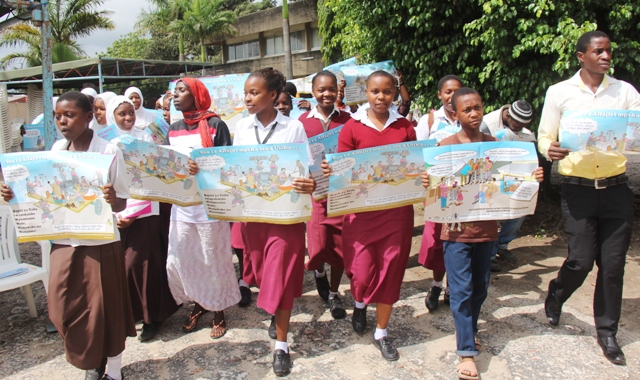 IN TRADITIONAL AFRICAN SOCIETIES, when a boy child is born, it is a time for celebration; rejoicing; gifts for the mother; festivities; slaughtering of the goat to herald  the arrival of a warrior; ululating; and songs on the prowess of the father for spawning a lion.
With great pride and aplomb, the birth of a boy child is described as “A lion cub has been born”.
When community members asked about the sex of the newborn child, they would say “Is it a Simba (Lion)?”
In contrast, when a girl child is born, the festivities, if any, would be muted; the description of the birth of a girl child would either be “Malaya kazaliwa (a prostitute has been born); or in the case of communities which demand bride price for a girl from her suitor, they would say “Ndama kazaliwa” meaning a baby cow has been born, who would bring in the cows as bride price when she gets married off at a tender age in adolescence, which is the customary practice, and the norm in such communities.
Thus begins the divergent lives of a boy child and that of a girl child.

The boy child would be given more food; meat (he is a lion cub after all); medical treatment when he falls sick; opportunity for education (he would carry on the name of the family to great heights); time to play games (to make him strong and confident); social interaction with his peers and his community; freedom to wander off with his friends without constraint; attention from his doting mother, and his proud father; positive affirmation from his society that he is important; nicknames like Simba (Lion), Shujaa (Brave), Mwamba (Invincible), Zumbe (Lord); and he would always be treated as someone special.

The girl child would get an appellation of Malaya (Prostitute) or Mzigo (Burden) the moment she is born.
Her mother would be told not to breast feed her for long, so the mother’s body would get ready to get pregnant and deliver a boy child in the next round.
The girl child would not be given enough attention by her parents, or by her community.
Her clothes would most likely be rags.
She is expected to help her mother with housework and with taking care of her younger siblings from the age of four.
Nobody remembers to ask her about her health, even if she displays signs of being sick.
She is registered in school because the law insists that all children should be registered in school, but when her mother has to go to the gulio, the weekly tuesday markets to sell eggs and vegetables from their farm, the girl child is expected to skip school in order to take care of her siblings; cook; and do the household chores.
Her brothers; male cousins; uncles; father; have the liberty to hit her physically, or shout abuse at her, when they feel she is not adhering to the communal prescription of what constitutes a girl’s behavior; her proficiency or lack of it while doing household chores; her demeanor (she has to look down, never look at a male, even a family member in the eye).

Sibling violence against girl children from their brothers is quite common. Most times, other family members would not intervene, taking it as a brother’s right to chastise his sisters, even if it involves physical violence or verbal abuse.

It is no wonder that the girl child becomes introverted; lacking in confidence and self esteem. This would remain with her for the rest of her life, and when she is married off while still an adolescent, she would expect and accept physical and verbal abuse from her husband. The cycle of violence and abuse would continue to churn and handed over as a legacy to her own daughters who would also be expected to accept violence from male siblings and then from their husbands.
This cycle has got to be broken, so that the girl child is freed from violence; verbal and emotional abuse; deprivation of basic necessities like food, medical treatment, education, a voice, and the right to be a happy and confident child; who would grow up to be a confident woman, and who would refuse to live with violence and emotional abuse from a husband or from society which has been inculcated with the belief that  girl child is a ‘curse’ and should be treated as such.
That ‘identity’ of being a curse is carried on by the girl child until she becomes a woman and then society passes it on inter generationally, to her daughter.

The International Day of the Girl Child IDGC was adopted by the United Nations General Assembly UNGA, on December 2011 through Resolution 66/170 which states that October 11 has been designated as the IDGC, and UN member countries the world over, should commemorate the Day by holding meetings; seminars; marches; debates; media advocacy; and Dialogue on the Rights of the Girl Child.
The theme for the 2015 IDGC is ‘The Power of the Adolescent Girl- Vision for 2030’.
Resolution 66/170 insists on the Recognition of girl rights and the unique challenges girls face in their lives globally.

The Resolution also calls on the importance of social; economic; and political investment on adolescent girls, by UN member countries, Tanzania included.
UN member countries have identified the importance of breaking the inter generational cycle of poverty; violence; exclusion; discrimination; against girl children.
UN member countries have collectively agreed to achieve equitable and sustainable development outcomes so that each girl child globally, is given protection against violence; discrimination; abuse; and exclusion.
The safety; education; and health of the girl child are encompassed as Rights in the Resolution, not only in the critical, formative years as adolescents, but also when they mature into women.

“Give Girls the Chance and Opportunity to Blossom” is the inherent message in the IDGC.
The UN believes that Girls have the Potential to Change the World. This can be achieved when gender responsive legislations and policies are put in place globally, in order to implement the core commitment by UN member countries to protect the rights and security of the girl child.

There are an estimated 600,000,000 girls aged between 10-19 globally today, each with limitless individual potential (Source: UNICEF).
If each one out of the 600,000,000 girls is given the chance to blossom to their full potential, the world would become a better place.
That potential can be harnessed with the elimination of harmful traditional practices including:
* Elimination of discrimination; bias; and violence against the girl child.
* Complete eradication of Female Genital Mutilation (FGM).
* Eradication of Girl Child Marriages, which some activists refuse to call ‘marriages’ and instead call them girl child sexual abuse.
*  Stopping the practice of selling the girl child into slavery labor when parents are paid monies in exchange for their daughters to be taken to urban areas and employed as child domestic workers.
*’ Elimination of child sexual abuse in communities, or by teachers or guardians who are entrusted with the well being and protection of girls, but who abuse their responsibility, and instead, sexually abuse little girls.
* Elimination of derogatory names towards the girl child which destroy the dignity; the emotional well being; and the self esteem of the girl child.
* Communities refusing to have their girl children taught about sexual and reproductive health which confines the girl children in a tiny box, without knowledge or information on reproductive matters; or on HIV and AIDS and other sexually transmitted diseases.
* Elimination of negative portrayal of girl children in communities; in folk lore; in the media; and within families.
* Elimination of gender stereo types in families and in society which serve to entrench the girl child in the oppressive mould. 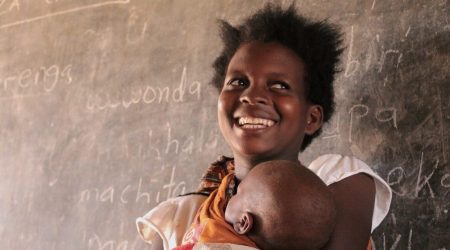 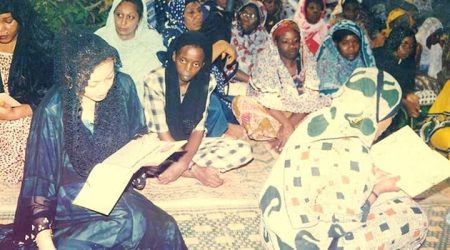