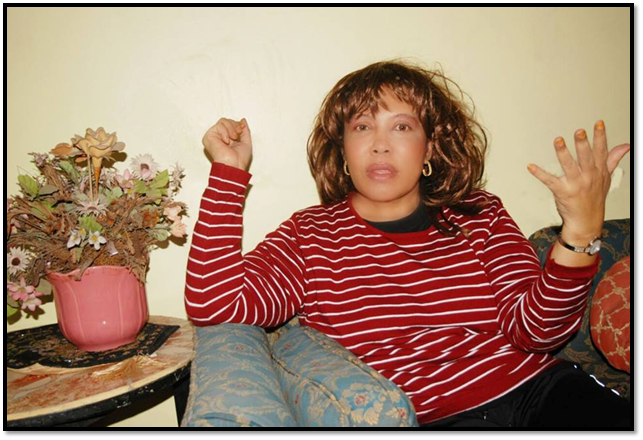 Gender-based violence (GBV) is a grave reality in the lives of many women in Tanzania. It results from gender norms and social and economic inequities that give privilege to men over women. There is a mounting recognition in Tanzania of gender discrimination and gender equity in different facets of life. This awakening includes a growing acknowledgement of how prevalent gender-based violence is and the ways and extent to which it harms not only women and girls but also men and boys and, furthermore, the country’s developing economy and health and social welfare systems.

On the other hand, at the Policy level, there are signs of support to actively address GBV. For example, the Government of Tanzania has publicly stated that gender-based violence should be included as one of the Millennium Development Goals. Furthermore, Tanzania’s Poverty Reduction Strategy Papers (PRSP), the National Strategy for Growth and Poverty Reduction, lists violence against women as one of its indicators of poverty—a feature that is rare among PRSPs in other countries.

Tanzanian law has shown some progress in preventing and punishing GBV crimes. For example, the Sexual Offence Special Provisions Act of 1998 poses harsh penalties for perpetrators of sexual violence. However, gaps remain in the legal system. In particular, domestic violence is only minimally and vaguely addressed in The Law of Marriage Act—although without specified penalties—and through the penal codes on general violence and assault. There is no law against domestic violence, specifically.

Central to the initiatives undertaken by the government as well as by civil society organizations CSOs, more initiative is required in women’s empowerment, as the crux to strengthen women’s rights for security against GBV.

It should be noted that knowledge in legal literacy; knowledge on Human Rights; information on sexual and reproductive health SRH, empowers women to make informed decisions regarding their safety; the quality of their lives; health; and the options women have at their disposal.

Recent institutional reforms in government also point to promising paths toward responding to and preventing GBV. However, more needs to be done. For example each ministry should have a gender focal point, and the Ministry of Health, Gender, Social Welfare, the Elderly, and Children, should initiate efforts to train the focal points on ways to mainstream gender in their ministry work plans and in budgets.

Also, the Inspector General of the Tanzanian Police Force should institute reforms to make the police more accessible to the community and more responsive to the community’s needs. There is the urgent need for the creation of gender desks to respond to cases of GBV at police stations.

There is also urgent need to establish gender desks in places of employment from the public sector; to the private sector; to CSOs; and in institutions of higher learning, to address complaints of sexual harassment.

Hot lines need to be established whereby women could call at any time when their security is being threatened by intimate partner violence IPV; rape; or when children are in danger of being sexually abused. The Hot Lines could be initiated with the support of mobile phone companies and operated by volunteers and the police.

The key informant interviews in the Study revealed that the number and quality of services and resources available to survivors of gender-based violence is minimal. While service providers interviewed, including doctors and police, said that they respond to GBV when presented with a case, there are no protocols for working with survivors.

Likewise, little training on proper protocols is available to service providers. Legal aid services run by CSOs with limited budgets are available in cities throughout the country, but there is a wide gap in health; counseling; and social welfare services; for GBV survivors. There are just two known established shelters for GBV survivors—the Young Women Christian Association and House of Peace—both located in Dar es Salaam with limited capacity to give the support required to survivors of GBV.

A handful of promising interventions have been or are being implemented by CSOs. Yet, they are limited in scope and number. For example, the Women Legal Aid Center WLAC; has provision for counseling, and legal aid. Kivulini, a CSO in Mwanza, conducts awareness raising, advocacy, and community mobilization with local government leaders; police; health workers; and other civil society organizations to help them recognize their roles in responding to GBV and develop strategies to take action.

These activities are beginning to gain momentum, suggesting that Tanzanian society is ready to take on gender-based violence prevention and response efforts. Building on the momentum of existing activities is necessary—as is working to ensure that each intervention is coordinated with others and ensuring that communities are involved in planning; owning; and implementing activities. Based on the key findings, the following key interventions emerge as strategic and reasonable interventions: