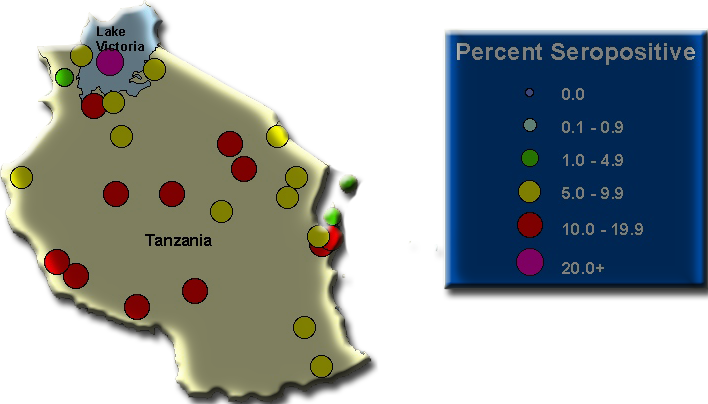 Sub-Saharan Africa is home to more than 60% of the population living with HIV (24.7 million) only a little over 10% of its population.

AIDS is a long-term illness, and getting treatment in poor countries is costly. It depletes household income, and families often have to cut spending on school fees to pay for medication. More than three quarters of those that should be taking anti-retroviral in Africa are not receiving them.

AIDS has created an explosion of TB in many countries, with many people affected by both illnesses. A recent study in sub-Saharan Africa also suggests that people with HIV are twice as likely to catch malaria as those without.

The death, sickness and absenteeism caused by these illnesses affects everyone – farmers, factory workers, teachers, students and doctors. Economic growth suffers as a result. At the same time, demand for public spending on AIDS treatment rises, diverting limited resources from other health care needs.

AIDS-related deaths in Africa have orphaned an estimated 12 million children. New infections are mainly among women and young people – the gender inequality they experience means women are affected the worst. (Source: UNAIDS).

It is estimated that 5.1 per cent of Tanzanians are infected with HIV, according to UNAIDS and the Tanzania Commission for AIDS, TACAIDS.

Before Anti Retro Viral medication, the outcome of this explosion were AIDS- related deaths which left many PLHIV widows and sometimes widowers and often with children who have either lost one parent or who are totally orphaned.

The ‘Process of Probate in a Law Court’ for AIDS widows and AIDS orphans ( who have guardians to oversee their Inheritance Process) is the same as the process which is faced by people who are HIV free.

TACAIDS has devised a Position Paper on “Creating a legal framework that addresses the legal and ethical issues related to HIV and AIDS arises out of the reality of social outcomes in society and to mitigate the vulnerabilities that certain population groups become exposed to as a result”.

These include dispossession and rights to property, allegations of willful transmission and the protecting the human rights of individuals particularly minors such as children.

Currently, several laws and legislations conflict with the basic aspects of the National Response to HIV and AIDS, such as prevention of HIV transmission, and the rights of women and children. The Marriage Act (1971) for example, allows the marriage of a girl of 14 years who is a minor under the Law of the Child Act (2009); while some customary laws encourage polygamy which is not a crime in its own, but exposes individuals to HIV if partner behavior is inappropriate.

. There are some efforts directed to review such laws and regulations to take into consideration the actual realities of people in Tanzania and to maintain individual Human Rights in the context of HIV and AIDS. Cultural practices that are not sanctioned by statutory law such as Female circumcision, widow inheritance and girl-child marriages should also be addressed by the law. Laws of Inheritance have also to be reviewed in the context of Human Rights. (Source: Reviewed National HIV and AIDS Policy- 2001; 2010).

The policy also addresses measures to take on evidence of intentional transmission of HIV.

The Policy is thus committed to put in place a legal system where people’s Human Rights are upheld and criminalization is based on an evidence-based approach. The legal framework supported by this policy will thus ensure etc. etc.

In the context of the major leaps made to address the needs of PLHIV by Tanzania and the inclusion of Gender Rights in the Instruments for the implementation of various programs which would support PLHIV to access not only Care and Treatment, but also other Rights, WOFATA has made a decision to initiate ‘Discussions on the Need to have Legal Structures like Special Hearings in Law Courts which would speed up the process of accessing Provident Funds; Pensions and Outstanding Dues of their late spouses as well as speed up the tracking of inheritance of marital properties for widows and the children of the deceased PLHIV’.

The reason being the Process of Probate in the mainstream legal structures takes a long time because of the vast numbers of pending cases and the law courts being under capacitated. This forces AIDS widows and sometimes under age AIDS orphans to seek the legal services of lawyers which are a costly exercise for them. It also places them in the vulnerable situation of having to rely on unscrupulous family relatives or friends because the AIDS widows and/or orphans tend to have low literacy levels apart from the fact that they lack legal literacy.

Also, the trauma of losing a spouse affects the health of AIDS widows to the extent, some of them die before the Process of Probate is completed and often leaving their children in a vulnerable state of having to rely on uncles who often cheat them and appropriate the benefits for their own use.

What could be done?

There is need to initiate the inclusion of the AIDS Widows Probate Agenda in the discussions which are taking place currently on amendments to the country’s various legislations.

To lobby for Law Reform in the Judicial Structures for the establishment of structures for Special Hearing in relation to Probate for AIDS widows/orphans.

To inform the Tanzania public through Public Education on the magnitude of trauma which AIDS widows/orphans undergo while trying to access their inheritance.

To bring social/judicial changes in the way society perceives AIDS widows and orphans, especially in their quest to get Justice.

To lobby for the establishment of AIDS widows/orphans Legal Aid Centers.

To lobby for more budgeting in Public Expenditure Funds to go towards support to AIDS widows/orphans.

To make visible the plight of AIDS widows/orphans.

To make legal practitioners aware about the lack of funds among AIDS widows/orphans so they would have compassion and wait for the Probate Process to get completed before handing over their fee notes.

To support AIDS widows/orphans against unscrupulous family members who want to deprive them of their inheritance.

An informed judiciary about the trauma AIDS widows/orphans undergo while trying to access inheritance.

To raise empathy among the public on the plight of AIDS widows and orphans; and also to lobby for the establishment of Special Hearing Procedure at Primary and District Courts level on probate.

There is urgent need to advocate for Amendments in the Inheritance Legislation and the judicial process in order to accommodate the Special Hearing Process on probate for AIDS widows and AIDS orphans. 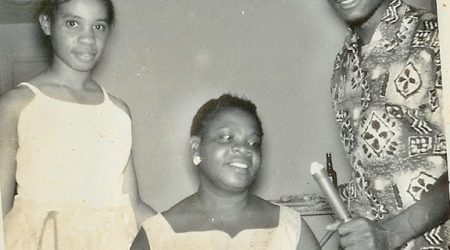 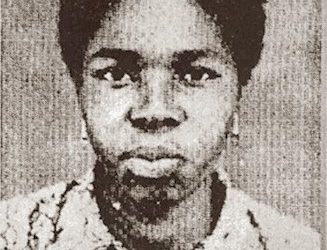