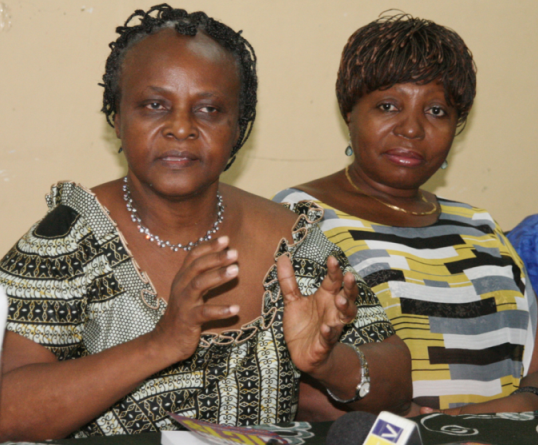 Article 1 of the African Charter on Human and People’s Rights says “Every individual must be entitled to equal protection of the law.”

Tanzania has inherited the English legal system though it sometimes works parallel to customary law.  This has a negative impact on women’s inheritance rights and property ownership to name just two examples.

Since independence, we have been juggling with the two sets of law – constitutional and customary – which has to all intents and purposes been confusing to women.  Despite the ratification of International Conventions on Human Rights by Tanzania, there are still many aspects in the implementation of law and legislation which need to be addressed in the country.

For example, civil codes in many instances have not been adequately reviewed for repealing those laws which are discriminatory to women and for determining on the basis of equality, the legal capacity of women, in particular in the laws pertaining to inheritance; divorce; alimony; and custody of children.

Another negative aspect of customary law has been neglected in marriage where a woman is treated as property rather than a partner.  In many ethnic groups, a woman’s consent is not considered necessary and because of the bride wealth given to her parents, she is regarded as property that was bought.  There have been instances where a woman was inherited as a piece of goods by the husband’s male relatives when the husband died.

Law concerning sexual violence stipulate that it is a criminal offence for any individual to inflict injury; to molest; assault; or use threatening language; against another individual(s) but not all women have access to the legal process.

First of all, there is the question of legal literacy and lack of comprehension or awareness of the law.

Secondly, we have to take into account that the dissemination of information to women and women’s groups has not been adequate and thirdly, we bring into focus the Tanzanian women’s triple burden – producer and caretaker of family – which leaves her with little time to read a simple primer to practice her reading skills, let along law books, most probably in a foreign language.

And even those women who are aware of their rights, how many would have the courage or the means to appropriate a lawyer?  Even if they have those two components at their disposal, how sure are they that their efforts may not be thwarted even in a court of law where it is said that justice should prevail?

Those women who are raped or sexually harassed who had the courage to try and press charges had the belief that the law would not only protect them but would also bring the perpetrators to justice, were disappointed.  Instead of being treated as the victims, their private lives were stripped bare and the roles became reversed.  The criminals became the heroes while the victims became the villains.

This illustrates that though most aspects of the law may look good on paper, societal trend has been to treat a woman victim as a fallen woman who asked for it and therefore deserved what she got!

Magistrates, prosecutors, defence councillors, court clerks are all part of the treadmill of our society and to a great extent, are guilty of biased opinion against women in favour of men.  Here we can safely say that crimes like assault, battery, discrimination at workplaces, have been for generations so deeply entrenched in our cultural ethos, that they have come to be accepted as the norm.

Therefore, some statutory laws and some customary laws have got to be revised in order to accommodate the principle of human rights in relation to women.  In fact, the spirit of CEDAW (the Convention on the Elimination of Discrimination against Women) should be incorporated in the country’s legislations and judicial process.

Violence against women is a violation of human rights

Article 6 of the African Charter on Human and People’s Rights says: Every individual shall have the right to liberty and security of his person.

Also, the first Regular Session of the UN Economic Social Council (ECONSOC), particularly urged UN member states to adopt, strengthen, and enforce legislation prohibiting violence against women in all its forms.  It recommended that a framework for an international instrument explicitly addressing the issue of violence against women be developed in consultation with the Committee on the Elimination of Discrimination against Women (UN).

However, despite these African and UN Charters, despite many legal provisions protecting them against abuse, women in Tanzania are victims of all forms of violence, an issue until recently, was rarely discussed openly.

What the law says: Section 66 of the Law of Marriage Act says “It is an offence  for a husband or wife to use violence against his/her spouse and using custom and tradition as the excuse” while section 135 of the Penal Code stipulates “Any person who uses violence against another person is liable to 14 years imprisonment.”

In practice, often relatives, friends, neighbours and at times the police, turn a blind eye to domestic violence on the excuse that culturally they have no right to interfere in marital/domestic disputes, unless the woman’s life is threatened.

Why do women stay in abusive relationships?

Women stay in abusive relationships because they have few options available to them.  They are often economically dependent on their men since most assets are owned by the men and with no other means of support for themselves and their children, contributed largely to withholding information and evidence.  Neighbours, relatives, friends have often discouraged a woman from pressing charges against a violent husband on the note that it would reflect badly on her in the community.

Women are also not aware that there are stipulations within the law which protect them against battery, sexual harassment and other forms of abuse because culturally, women have been brought up to believe that they are inferior, therefore it must be their fault and that they must have provoked their partners into violence.

For generations, women have watched their mothers, sisters, aunts, cousins, friends being battered, and they grow up believing that it is a way of life and ought to be expected.  The cycle is repeated over and over until societal attitude towards violence against women has been to take it as the norm and not as a violation of a person’s human rights.

Women also fear social stigma if they take legal action against violence.  Families have been known to close ranks against a battered woman who wishes to press charges, and quite often these have included members of her own family.  “Think of the shame”, women are told.

Since many Tanzanian families are extended, the offender is often the main breadwinner for the entire family including cousins, uncles, grandparents, aunts, etc.  If he got imprisoned, the whole network of support would crumble to the extent that families would stop a woman from taking legal action and she would bow down to pressure rather than face possible isolation from her community.  Thus, most women remain silent and endure the abuse.

Most people in Tanzania would be reluctant to give evidence in a case of domestic violence.  This is brought by cultural values which view a woman as the property of her man and which advocates the chastisement of women, even through physical force.  When called upon for help, people tend to shrug their shoulders and continue with whatever they were doing, saying “It’s a man’s right to beat his wife.”

By refusing to intervene in cases of domestic violence, by being reluctant to give evidence when called, society in general is party to the violence and in fact, condones the act.  Cases have been reported where a man is applauded for beating and chastising his wife.

Most women also don’t report cases of domestic violence to the police because they are ashamed and often explain the injuries they sustained during an attack by saying that they fell down or that they bumped against the door or furniture.

Violence against women, both sexual and domestic is caused by the uneven power relationship between men and women.  As long as women continue to be viewed as inferior; as long as women are entrenched in the mould of having low self esteem; as long as women are not given equitable space in decision making processes; there would be little or no gender justice.

This can be redressed by the inclusion of women in ownership of land; of public spaces; of education; of decision making processes.