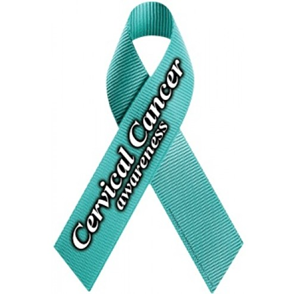 The neck of the womb, which is called the cervix, has a small central channel that connects it with the uterus above, and the vagina below. Where the central channel meets the cervix there is a band of cells called the transformation zone. The cells here are very responsive to changes in the woman’s hormones, and are very vulnerable when the hormones are at their most active – during the baby-making years.

In some women these transformation zone cells develop lesions, and in some women these lesions become cancerous. There is a range of such conditions which is labeled “pre-cancer.” Their presence warns a doctor who studies the cells that in some women cancer may occur in up to 20 years’ time. (It may be sooner – 10 or 12 years, and in recent years it has been found that some are developing at an alarming speed, especially in younger women.) Removal of the cells at this early stage, in women of any age, the pre-cancer disappears and with it the risk of advanced cancer.

If the cells are not studied, the woman feels well and shows no symptoms. But once the cancer takes hold she suffers from irregular bleeding from the vagina, especially after intercourse, and may have pain. But this is a later stage, once such symptoms appear, the woman needs urgent attention.

Fortunately for us; there is a test for pre-cancer that is simple, painless and comparatively cheap to perform. Called a smear or Pap test (the doctor who devised it was named George Papanicolas) it involves only a few minutes of a doctor’s or nurse’s time to collect a few cells on a spatula, and rather more of a laboratory technician’s time to examine the cells through a microscope.

In most cases, it takes long for the pre-cancer to become actual cancer. Having the test every three years or so is adequate, once a woman has an active sex-life.

In fact, a Study in Denmark has shown that just having one smear test in her life-time can reduce a woman’s chances of getting cervical cancer by 70 per cent. A huge Study of screening programs in eight countries published in the British Medical journal also makes it very clear that screening at three yearly intervals saves lives.

It has long been suspected that cervical cancer was a sexually transmitted disease.
In the past it was always described as common in sex workers, rare in nuns.
It was also seen as a disease of poverty – and to this day the statistics show that
women higher up the social scale are less at risk than poorer ones. There may also be a link with the husband’s occupation; wives of men who work with dust, machine oils, metals and chemicals show a higher rate of the disease.

Yet, it has been women’s sexual behaviour that has been attached as causing the increase in the disease. Women are constantly being told that starting their sex lives early and having more than one sexual partner makes them more likely to get the disease.

Some suggest that women who get these conditions are sexually promiscuous. But, more and more the women do not fit that type.

They do not begin sexual activity at an early age. They do not have many sexual partners. They’re normally ordinary young women who probably started having intercourse at around 19 or 20 and have had just one partner and rarely more than two or three.

Until recently very little attention has been paid to the sexual behaviour of men who have intercourse with women who later get the disease. There seemed little point. Doctors did not know what it was that caused the women’s cancer to start, so why worry about the men?

Now they do. And there is powerful evidence to show that men and their sexual behavior contribute greatly to the risks women run of getting this disease.

THE VIRUS
It is now clear that a particular group of viruses are implicated in the disease of cancer of the cervix. They are known as Human Papilloma Virus, or wart, viruses (HPV).

Some of them cause simple harmless warts – the sort children get on their fingers. Another causes the all-too-familiar verucca on the sole of the foot. These are not implicated in genital cancer.

But there are some warts in the vagina and the vulva in women; and on the penis in men; and it is the warts in some men that could lie behind the epidemic of cervical cancer in women. Men themselves do not suffer any danger if they get warts on their reproductive organ.

THE RISK
If a man of any age with penile warts has unprotected intercourse with a woman he can pass the virus on to her – and the virus can attack her transformation zone cells and cause a pre-cancer.

But worse than that, HPV seems to have undergone some sort of change in its behaviour. No longer does it take up to 20 years for a cancer to develop from the initial contact with a wart virus.

“An increase in virulence seems unlikely but we do know that there has been a general increase in sexually transmitted virus infections. There is less syphilis now and gonorrhea rates have leveled out but many more virus disorders have been identified. We also know that the HPV attacks the very vulnerable transformation zone in women. This maybe is why it does the harm it does. Also there may be other contributors to the development of the disease. The herpes virus which infects the genitals may be one of them.

A neglected factor is not women’s own sexual behaviour but that of men. We can’t accept fully that the problem is that women have more sexual partners nowadays and start having them younger.
What seems more significant is the number of partners their men have had. A girl can be totally faithful to her first partner – but if he has had previous liaisons and therefore has collected the wart virus, he can give her cancer of the cervix.

Also, because women’s transformation zones are more vulnerable in their reproductive years when hormone levels are high, it is possible that long term use of the pill, which changes hormone levels, may increase the risk slightly.

Studies in London of 25 women who had been partners of men with penile warts, within a year, 19 of those women had developed similar lesions in their sex organs, and nine of them showed the presence of abnormal cervical cells. In the 20 matched control patients there were no signs of any disease at all. This means that 36 per cent of sexual partners of men with penile HPV infection had pre-cancer, a finding supported by other Studies.

But meanwhile there is something we could all do to protect ourselves –we have to insist that men be responsible too. Any man who has had casual sex should seek a check-up at a Sexually Transmitted Disease STD Clinic to make sure he is not infected.

And to be extra careful, use condoms. It doesn’t just reduce the risk of HIV infection; it also protects you against HPV.

Statistics show that cervical cancer is killing more and more young women and the speed with which cancer develops in some cases is alarming.

Some families, often with small children, may have only a short period to adjust to the fact that wife, and mother, is dying.

The good news is, ‘There is a vaccine for men to stop the transmission of HPV which can cause cervical cancer.’

WHAT SHOULD BE DONE